Home » ABOUT THE ACADEMY » Our history 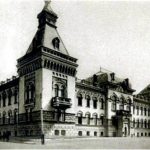 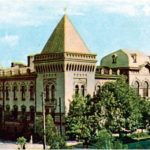 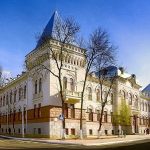 Soon after the inauguration of the Institute, the first veterinary journals, manuals, guides, monographs on almost all topical issues of veterinary and animal husbandry began to be published.

A significant role in the formation of veterinary education in Belarus, organization of the educational process and development of material and technical base of Vitebsk Veterinary Institute was played by its rectors. 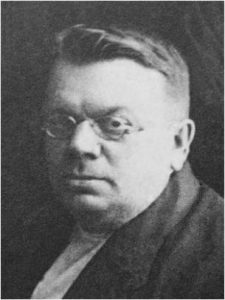 The first Rector of Vitebsk Veterinary Institute was Alonov Eugeny Philippovich. In 1924 he was conferred the title of Professor and the honorary title “Hero of Labor”.

In November 1924 the first academic year at the Institute started with 100 students and 11 lecturers. In 1926 the evening courses were opened for veterinary technicians (60 part-time students enrolled). In 1926-1927 the first programs were launched for students who combined work and studies. In 1928 the first graduation ceremony was held for the brand new 80 veterinarians. It was the first cohort of domestically trained veterinary surgeons.

Professor Alonov had been working as veterinarian for over 25 years, had published 60 scientific works doing his best for the formation and development of veterinary medicine in Belarus.

Antonikovsky Alexander Nicholaevich headed the Institute in 1928 and worked as the Rector till November 1931, teaching the course of Political Economics. 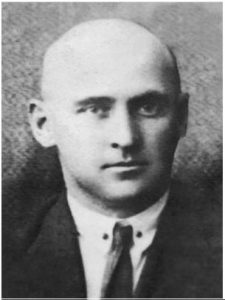 Uvarov Ivan Vasilievich was appointed the Director of the Institute in November 1931.

In 1933 the Institute was renamed as Vitebsk Veterinary-Zootechnical Institute. 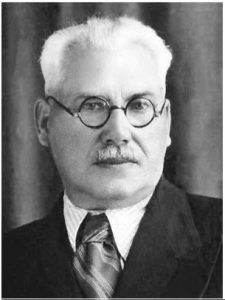 Erdman Michail Iosifovich was appointed the Director of Vitebsk Veterinary-Zootechnical Institute in 1933. The area of his scientific interest was nutrition of farm animals.

By the year of 1934 the Institute already had 882 students in its body. For the period of 10 years (1924 -1934) 543 veterinary surgeons and 64 zootechical specialists graduated from Vitebsk Veterinary Institute. The Institute was developing quickly. The experimental training farm was attached to the Institute structure. A farm “Zhurzhevo” rearing pure bred bulls and stallions was engaged in the animal husbandry studies. In early 30s courses were offered for paraveterinary specialists (some 500 students), and programs for veterinary technicians.

In January 1936 Bazdyrev Konstantin Petrovich was appointed the Director of Vitebsk Veterinary-Zootechnical Institute. By 1936, 330 veterinary technicians were able to improve their qualification at the Institute. 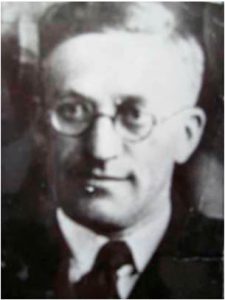 On August 1, 1937 Belkin Grygory Yakovlevich was appointed the Director of Vitebsk Veterinary Institute. In 1938 he was conferred the degree of Doctor of Veterinary Sciences.

From year to year the number of students (100-120 students annually) grew, the Institute was rapidly expanding due to the construction of dormitories and study buildings. By 1940, the surgical, therapeutic, infectious buildings were put into operation. The surgical, therapeutic, obstetric, infectious and invasive clinics and the x-ray room were equipped. Specialized study museums opened – Zoological, Anatomical, Pathanatomical, Helminthological, etc. In 1940 the Institute encounted 478 students and 70 lecturers.

In the pre-war period the Institute was well known for its traditions and scientific schools. Its highly professional staff included professors, associate professors, assistants, its laboratories, clinics, departments, museums were well equipped. For the period of 1924-1941 the institute had trained 1500 veterinary surgeons and zootechnicians for the republic. In June 1941 the work of the Institute was interrupted by the Great Patriotic War. 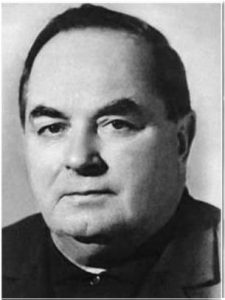 In 1944, Vladimir Philippovich Lemesh was appointed the Director of Vitebsk Veterinary Institute. During the war the institute was ruined and its infrastructure and material base were completely destroyed. Vladimir Philippovich put all his energy and enthusiasm into the restoration of the Institute. In 1944 within several months 162 former students returned to their Alma Mater.

By the early 1950s, the Institute had surpassed its pre-war level in many respects. 12 professors, Doctors of Sciences, more than 30 associate professors, PhD in Sciences were on the staff. Sports facilities, a canteen, a dormitory for 100 students, a house for specialists with 50 apartments, a training smithy, a vivarium and other facilities were built. In 1950 the Zootechnical Faculty was restored. By the initiative of V. F. Lemesh in 1959 the Faculty of Extramural education was opened. It comprised two units: veterinary and zootechnical. In 1965 the first diplomas received 48 veterinary 23 zootechnical specialists.

In 1960, the Institute opened a post-graduate school, the Dissertation Defense Board for PhD degree started its work. In October 1963, the Faculty of social professions (now pre-University training) was opened. In 1965 the first 72 graduates obtained the degrees of Veterinary Surgeons and Zootechnicians and at the same time obtained the certificates of public professionals. In 1966 the Faculty of Professional Development and Retraining was established. The first listeners were heads of collective and state farms. 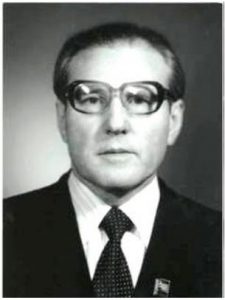 In 1968 Doctor of Veterinary Sciences, Professor Mikhail Stepanovich Zhakov headed Vitebsk Veterinary Institute. Under the leadership of M. S. Zhakov the Institute turned into a large educational and scientific center of the Belarusian Republic, well-known and recognized far beyond its borders. By the early 90s scientific schools and directions were formed at many departments.

In 1970, the Pre-training Department was established. In 1971 the Dissertation Defense Board of the Institute was granted the right to accept dissertations for the degree of Doctor of Science. In 1973 the Zootechnical faculty was reorganized into the Zooengineering Faculty. New disciplines were introduced, the number of academic hours increased. 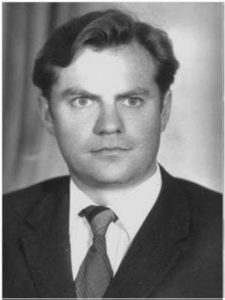 In 1995 Anatoly Philimonovich Mogilenko, Doctor of Veterinary Sciences, Professor, Corresponding Member of the Academy of Agrarian Sciences of the Republic of Belarus was appointed the Rector.

The mid-1990s were a difficult time of perestroika in the context of the independent state. The Academy begins searching for new educational and methodological technologies that would allow to train veterinarians at the level of professional requirements needed for the market economy and the new socio-economic conditions in the Republic of Belarus. In 1996 the specializations on breeding business were opened at the Zooengineering Faculty. Two specializations were introduced at the Faculty of Veterinary Medicine: Veterinary-sanitary Examination and Toxicology, and in 1997 the specialization for Veterinary Bacteriology was added. At that time the Department of Small Animals Diseases was formed. In 1998 the Faculty of Pre-University Training Public and Adjacent Professions was formed.

The Academy continued to develop. And 10 years later, in 2008, the President of the Republic of Belarus Alexander Lukashenko called it “the pearl of the agrarian education”. 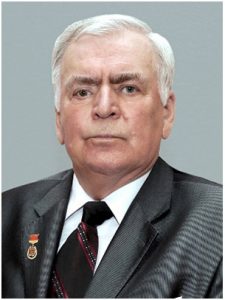 In the beginning of 1998 Anton Ivanovich Yatusevich, Doctor of Veterinary Sciences, Professor, Honourary Scientist of the Republic of Belarus was appointed the Rector of the Vitebsk State Academy of Veterinary Medicine.

Under his leadership the new study facilities were put into operation, the quality of education and research processes has achieved the highest priority. The latest educational technologies were introduced into the academic process. And this has its noticeable positive impact on the qualifying characteristics of veterinary surgeons and zooengineers trained at the Academy, who are able to work in the system of agroindustrial complex under present conditions. A high-quality in specialist training has been confirmed by the results of many national and international student competitions.

The integration of secondary and higher education is already showing its positive effect, creating the opportunities for the educational base and scientific potential of the Academy to be used in the educational process in colleges. 16 years of the twenty first century became the years of the remarkable growth and increase in the quality of education and research. The Academy adherent to European standards in quality has been granted the status of the Leading Educational Establishment in the branch, and it has turned into the nationally and internationally recognized leader.

In December 2016, the Rector of the Academy is appointed Mikalai Ivanavich Haurichenka, Doctor of Agricultural Sciences, Professor.