On April 1, an interactive conversation “Masculinity and male roles” was held in the library of the Academy. This meeting was held by psychologist Andrey Makeev and teacher-psychologist Maria Mikhailycheva.

In the course of our communication and reasoning, the participants of this meeting determined that the formation of masculinity is influenced by purposefulness, respect for family traditions, taking responsibility, and striving for success. It is important to overcome laziness, negative attitudes, and adequately perceive criticism. And also to develop the necessary knowledge, skills and abilities, to form the “clarity” of the mind. Live in the present, do not postpone the important “for later”. After all, procrastination is a kind of illusion. Everything around us is subject to development and does not stand still.

The correct idea of masculinity and male roles forms the prerequisites for creating a strong family. 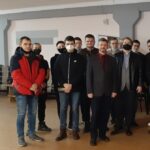 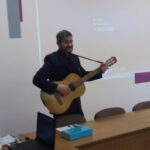 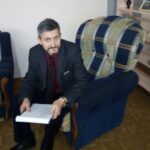